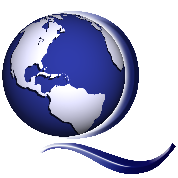 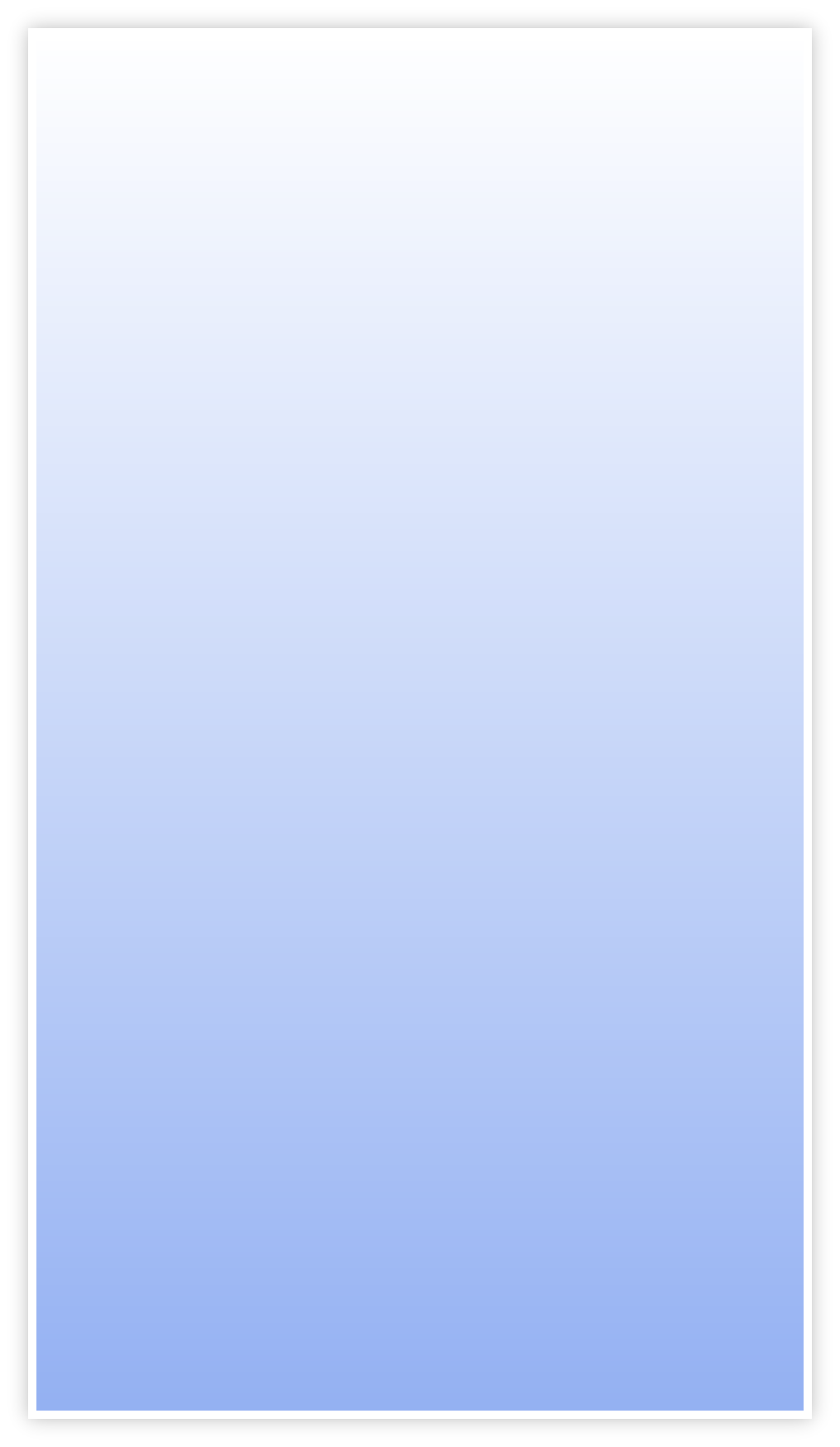 If you work in the U.S. food industry, it's important to have a clear understanding of the safety system known as hazard analysis and critical control point (HACCP). Although the name may be unfamiliar to most people, the concepts of the system date back nearly thirty years. Simply put, HACCP (pronounced hassip) is a science-based process control system whereby potential hazards in a food production process are identified and subsequent action taken to prevent their occurrence. The Pillsbury Company first implemented this approach in the development of food for the U.S. space program. Since then, numerous U.S. food companies have incorporated the system into their manufacturing processes. HACCP is in place in many other countries, including Canada. By adopting HACCP, the occurrence of food borne hazards is reduced; resulting in improved public health protection, increased consumer confidence and overall business success.

Why hazard analysis and critical control point is important

Before the HACCP, food inspection relied on the senses (sight, smell and touch) to detect potential hazards. Guidelines were developed in the 1930s when the threat of physical contaminants and diseased animals were of great concern. However, the "process" of relying on senses failed to prevent hazards from occurring. Today, the challenges facing the food industry are predominantly microbiological and chemical in nature. Of the two, microbiological contaminants such as Salmonella enteritidis, Clostridium botulinum, Listeria monocytogenes and Escherichia coli O157:H7 pose the most significant threat. Since microbes cannot be detected by sight, a system that prevents the growth and spread of these organisms is required. Additionally, with the growth of the food industry; the increasing variety of products; and the number of processes used; federal, state and local agencies are continuously challenged to ensure food safety. HACCP places the responsibility for food safety on the processing plants, allowing them to develop a program that addresses their specific applications.

Many principles governing HACCP were in place in the FDA-regulated, low-acid canned food industry for years. Similarly, a 1995 final rule that went into effect December 1997 established HACCP for the seafood industry. The FDA also incorporated HACCP into its Food Codea document that provides guidance to and serves as model legislation for state and territorial agencies that license and inspect food service establishments, retail food stores and food vending operations in the United States. The U.S. Department of Agriculture has also been using the HACCP for meat and poultry processing plants since January 2000. The FDA is now considering regulations that would make HACCP the food safety standard throughout other areas of the food industry, including both domestic and international food products. The National Advisory Committee on Microbiological Criteria for Foods, the National Academy of Sciences and the Codex Alimentarius have endorsed HACCP as the most effective method of preventing microbiological, chemical and physical food hazards.

Fundamentals of the System

For HACCP to be most effective, its principles must be applied to all aspects of the food industry including growing, harvesting, processing, manufacturing, distributing, merchandising and preparing food for consumption. A successful HACCP program requires a strong management commitment to implement the principles. This management commitment provides employees with a clear understanding of the importance in producing safe food.

HACCP must build upon a solid foundation of pre-existing programs for it to be successful. These programs provide the basic framework necessary for the production of safe food products. The National Advisory Committee on Microbiological Criteria for Foods states that programs such as current Good Manufacturing Practices (cGMP), personal hygiene, supplier control and cleaning/sanitation are critical in the development and implementation of an effective HACCP plan. Many of these programs and practices are outlined in federal, state and local regulations and guidelines.

The concept of HACCP is relatively simple; however, application of the program can be challenging. HACCP is based upon seven basic principles.

7. Documentation of the System

(Specifics regarding these seven principles are mentioned later in this document.)

Prior to applying a HACCP plan to a specific product and process, five tasks must be accomplished:

Once these preliminary tasks have been completed, implementation of the HACCP principles can take place. The following is an overview of the seven HACCP principles. Please consult the references at the end of this document for additional information.

Identify potential food-related hazards and suggest appropriate control measures. A hazard is any biological (e.g., bacterium), chemical (e.g., toxin) or physical contaminant (e.g., broken glass) that could cause illness or injury if not properly controlled. During this step it is important to review the entire flow process of an item from receipt, storage and preparation to its final distribution. After a thorough review is conducted and the potential hazards are identified, a list of control measures should be generated. Control measures are actions or activities that will prevent, eliminate or reduce the hazard. A detailed study of process hazards is critical for successful implementation of an effective HACCP plan.

A critical control point (CCP) is defined as a point, procedure or step at which a food safety hazard could be eliminated, prevented or reduced. Examples of CCPs include testing for metal fragments, conducting thermal processing, preventing cross-contamination of microbes between different foods, chilling and testing for chemical residues. CCPs should be carefully developed and documented. Initially, there is a tendency to identify an excessive number of steps or procedures as CCPs thereby making the process unwieldy and less effective.

Some questions to ask when developing CCPs are:

Can the CCP be monitored?

How will the CCP be documented or recorded?

Thorough analysis and identification of CCPs by knowledgeable professionals is fundamental in controlling food safety hazards.

Preventative measures with critical limits are established for each control point. Critical limits are maximum and/or minimum values that will prevent, eliminate or reduce a biological, chemical or physical hazard. A CCP will have at least one and possibly several control measures to achieve this goal. Critical limits or standards must be scientifically based and readily monitored. Examples of critical limits include time, temperature, pH, water activity, moisture and titratable (means of measuring) acidity. Potential sources for establishing critical limits are regulatory standards and guidelines, demonstrated results and expert consultants. An example of a critical limit is the control of time and temperature in the cooking of hamburger patties to destroy enteric pathogens such as E. coli O157:H7.

Established monitoring is a planned sequence of observations or measurements used to determine whether or not a CCP is under control. Ideally, monitoring should be continuous to assure accurate readings. In addition, most monitoring procedures require near-immediate results so that loss of control or deviations can be observed instantly. Tests related to microbiological observations are usually not practical due to their lag-time in producing results; chemical and physical measurements are frequently preferred because their results are achieved quickly and are generally more effective for assuring control of microbiological hazards. However, in some applications there may be no substitute for microbiological testing. Potential methods for monitoring CCPs include time and temperature recordings, pH measurements and observation of the procedure by sight or smell. Another important component of this step is to record and log the measurements, establishing a written record for later use in verification. The individual(s) chosen for monitoring should under-stand the purpose and significance of monitoring; be adequately trained in the monitoring procedure; be unbiased in their duties and reporting; and accurately report the monitoring data.

HACCP is a proactive plan based on preventing hazards. By monitoring and detecting potential problems throughout an entire process, identification of hazards and application of corrective measures can be implemented immediately. HACCP enables companies to be apply prevention and detection methods to their specific application(s), giving them the freedom to adopt new techniques and technologies more rapidly than previously possible. A successful HACCP plan is built upon a firm commitment from upper management with well-trained and motivated employees actively involved in the process. Under HACCP, responsibility for ensuring food safety is now appropriately placed on the food manufacturer or distributor. Adoption of this plan will result in the reduced likelihood of hazards and assure consumers that the products they consume are as safe as science and technology allow.